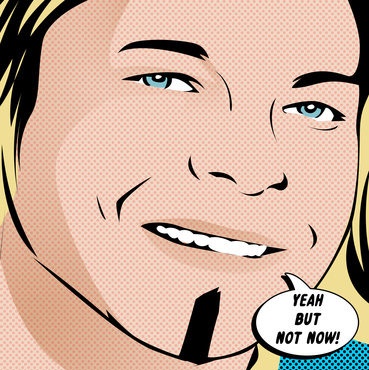 Filmmaker J. Michael Seyfert
has been a constant commuter between journalism and the creative arts.

"Bye Bye Havana" (2003) his highly acclaimed first feature documentary made it`s debut at the
20th Fort Lauderdale Intl. Film Festival and has since screened and been broadcast around the world.

JMS is a self-ruling witness of the human condition whose films have challenged assumptions around the world and become seminal Latin America curriculum at distinguished universities. As co-founder of Cine Pobre Film Festival JMS has curated over 10,000 self funded films from 127 countries culminating in "The Wellspring of Self Funded Film"

With the participation of artists and production staff from the UK, USA, Canada, Germany, Spain, Mexico, Russia, Pakistan and of course Cuba NONE who have ever met, except for the filmmaker and his Cuban collaborators, means that BBH is truly a virtual global production - a filmmaker self funded and distributed product, a completely vertical creative process wherein not a single specimen of Cartel was consulted or engaged. - And I’d like to stress that BBH was produced by "a far-flung group of professional creators” – this demonstrates how the web allows collaboration even in complex matter such as film – and can pool the talents and efforts of people, that were it not for the very nature of the web, would never meet, not just due to geographic separation but also for being creatures of distinct worlds, otherwise not necessarily compatible.

Non-Cuban contributions were made by Paul Cooke, drummer and founding member of SADE, Roger Bunn (1945 -2005), The Flatmates recording of TBone Burnett tune HUMANS FROM EARTH and Herbus K. Dubington, a London DJ who remixed the trance-dance sequence LAGRIMAS NEGRAS. The Cuban classic used throughout the film in various interpretations, and Miguel Ramon acoustic guitar, and a nameless Cuban street violinist.

While BBH as a project comprised a 40 page script and some 30 hours of film material, cut down to 1 hour to relate only the most essential impressions in a fast paced, poignant experience, and as favored by its Cuban editors and small test audiences outside the Havana Film Festival. BBH is the message today's Cubans want you to see: Utopia is Behind Us, "How much longer do we have to endure this socialist experiment?" "Fidel taught all of us to read and then took all our books away." - Bye Bye Havana was shot underground over the cause of 3 years, and slipped out of the country in January of 2005, just before new, harsher censorship become law. It should be noted that a small Canadian crew was deported the following month. Some Cuban creative participants were reluctant to even include their names in the credits; their courage exposes them to negative risks ranging from unpleasant interrogation to outright black-listing and closed doors. During the making of this film, the director himself was detained and interrogated on two occasions.

"Time is the Moving Image of Eternity"

BRAZIL DOCUMENTARY: Brazil Is Not Copacabana